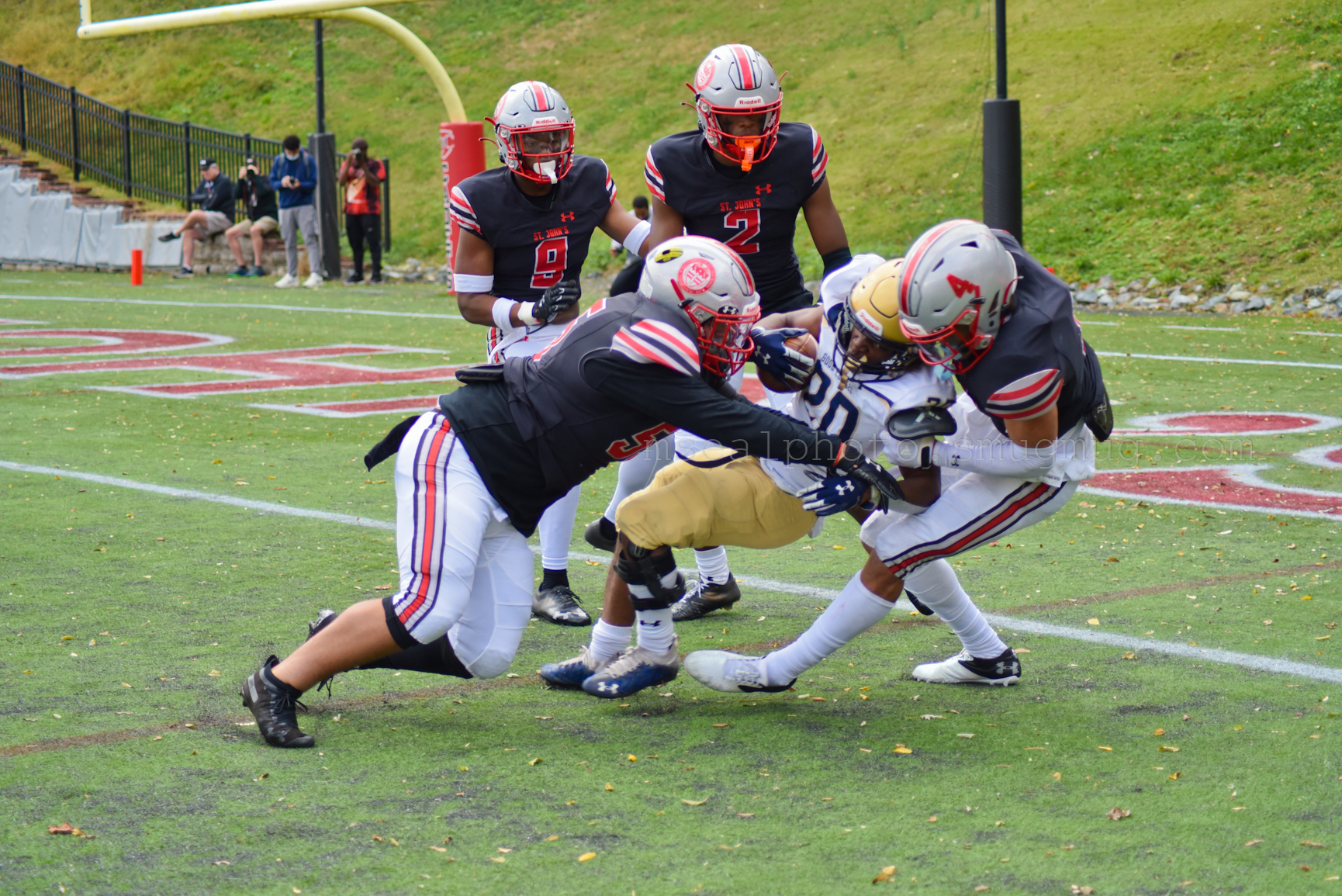 9. Roosevelt (8-1) — The Rough Riders beat both Dunbar and H.D. Woodson already, so they are the team to beat in the DCIAA. Roosevelt takes on a bad Eastern team this weekend before the playoffs begin.

8. St. Mary’s Ryken (4-5) — Head Coach Aaron Brady has the Knights playing well at the right time, and Friday night’s meeting with Archbishop Carroll will be a BATTLE between two programs on the rise. Winner takes the No. 1 seed heading into the playoffs, but expect these two schools to play again at the end of the season.

7. McNamara (4-5) — Don’t let their record fool you. McNamara is good. The Mustangs have lost to Carroll, Gonzaga, St. John’s, Good Counsel and DeMatha this year. So while McNamara may not be on the same level as the big dogs in the WCAC, they are better than most programs in the area.

6. Georgetown Prep (5-3) — After a few tough losses to start the season, Coach Dan Paro has the Hoyas playing at a high level during IAC play. Georgetown Prep has beaten Episcopal, Landon and St. Albans, but their toughest conference game will come this weekend against St. Stephen’s & St. Agnes.

5. Gonzaga (5-4) — Their four losses have all come against tough teams, and this week will be the same as Gonzaga hosts No. 1 St. John’s Friday night on Eye Street.

4. Carroll (8-0) — Carroll football is finally legit. Over the years, The Washington Post has stories written about “Restoring the Roar” down in Northeast D.C. so many times that it started to sound like the Washington Football Team, their offseason championships and winning off the field. Some of that is due to the fact that the Post has more turnover than Dan Snyder’s organization, but this year Carroll has finally restored the roar during the regular season. Can it continue during the playoffs? We will see.

3. Good Counsel (6-3) — The Falcons lost to St. John’s, 31-24, and take on DeMatha Friday night in another clash of titans. The Falcons are still your reigning WCAC Champions (2019) and will be ready when postseason play begins.

2. DeMatha (6-2) — The Stags are coming off a bye week and take on Good Counsel Friday night in Olney. DeMatha lost the last game they played against St. John’s, 14-7, in what may have been a preview of the WCAC championship.

1. St. John’s (8-0) –The Cadets defeated Good Counsel 34-21 to stay undefeated on the season, and now St. John’s heads to Eye Street Friday night to take on Gonzaga under the lights in one of the biggest high school football rilvalries in the country. Gonzaga has had somewhat of a down year but expect a close game on Friday.