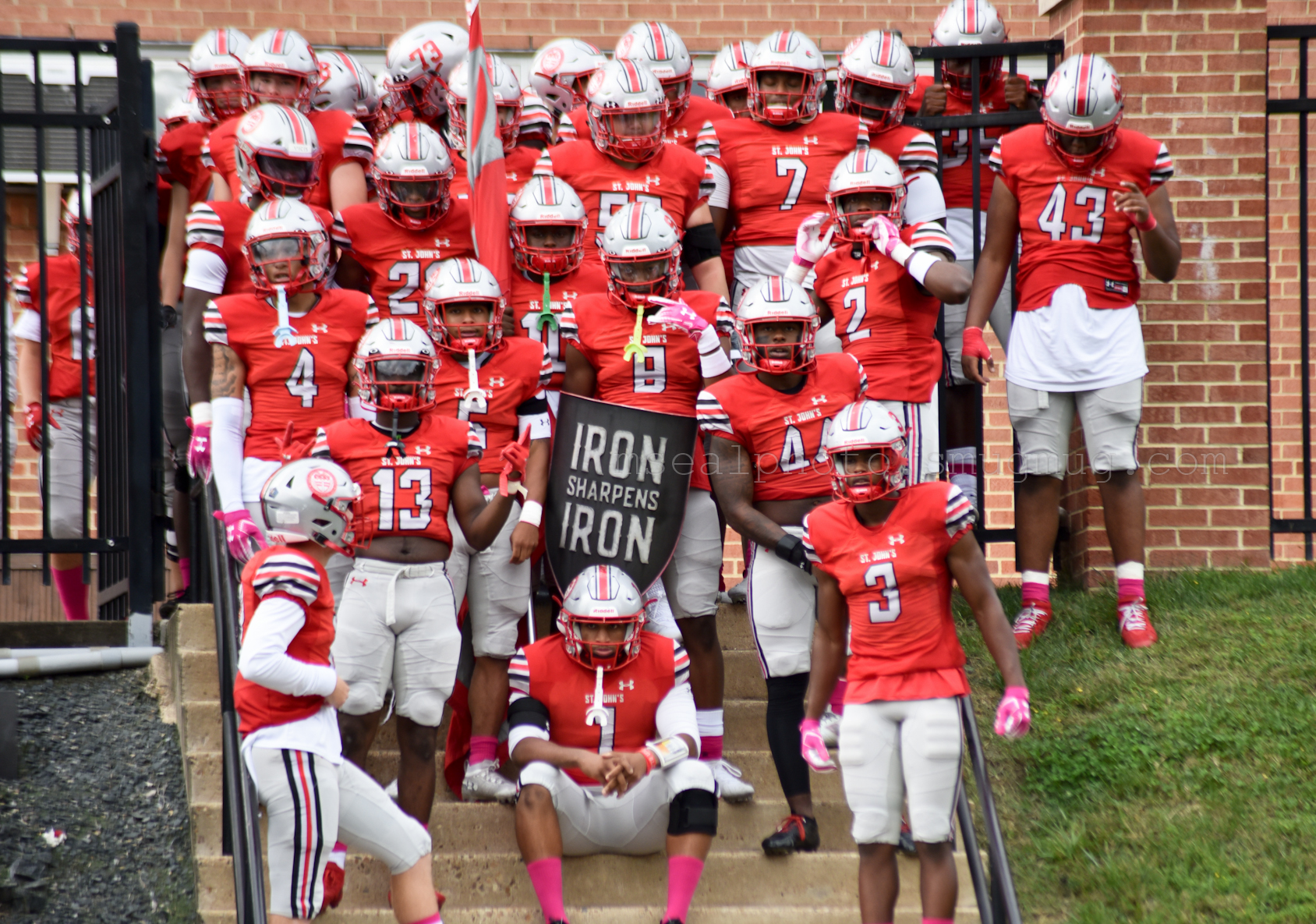 10. Dunbar (4-0) — The Crimson Tide have yet to be really tested this season, but that will change with a meeting against Theodore Roosevelt Saturday in Northwest D.C. Fun fact — the DCIAA Stars division consists of the Haves vs. the Have Nots. The scores from last weekend were:

9. Roosevelt (5-1) — The DCIAA Stars division is shaping up to be a battle between Roosevelt, Dunbar and H.D. Woodson. The Rough Riders took care of business with a 36-6 victory over Wilson, and Roosevelt takes on undefeated Dunbar this weekend.

8. St. Albans (4-1) — St. Albans had a week off and prepare for Bullis this weekend in their biggest game to date. It’s the first conference matchup this year and will tell a lot about just how good this Bulldog team is.

7. Bell (6-0) — Bell hasn’t allowed a point since a September 10th victory over Wilson, and the Griffins put it to Cardozo 56-0 over the weekend. Bell takes on Anacostia Friday in what may be their only competitive DCIAA Stripes game this year. The DCIAA Stripes is similar to the Stars division with the Haves vs. the Have Nots. Here are the 3 scores from over the weekend:

6. McNamara (4-2) — The Mustangs had to play St. John’s last weekend and they lost, 35-0. It won’t get any easier as DeMatha comes to town this weekend in another WCAC contest.

5. Carroll (6-0) — Has Carroll returned to the days when the likes of Maus Collins and Clement Stokes dominated the WCAC? Still to early to tell, but the Lions are 6-0, have defeated their opponents by a combined score of 188-27 and just blew out Bishop Ireton 56-14. Carroll has a bye week coming up and won’t really be tested until they face Paul VI and St. Mary’s Ryken to close out their season later this month.

4. Gonzaga (4-3) — The Eagles fell to DeMatha, 30-6, for their third loss of the season. Gonzaga looks to rebound against Good Counsel Saturday afternoon.

1. St. John’s (6-0) — After a 35-0 shutout victory over McNamara, the Cadets are a perfect 6-0 and have outscored their opponents 202-13. This could be the best SJC football team we have seen in recent years, which says a lot. Much of the credit goes to the staff Pat Ward has assembled. Former SJC greats like Antwon Bailey, Mike Ward and Pete White are just a few names to mention. The Cadets have a bye this weekend.