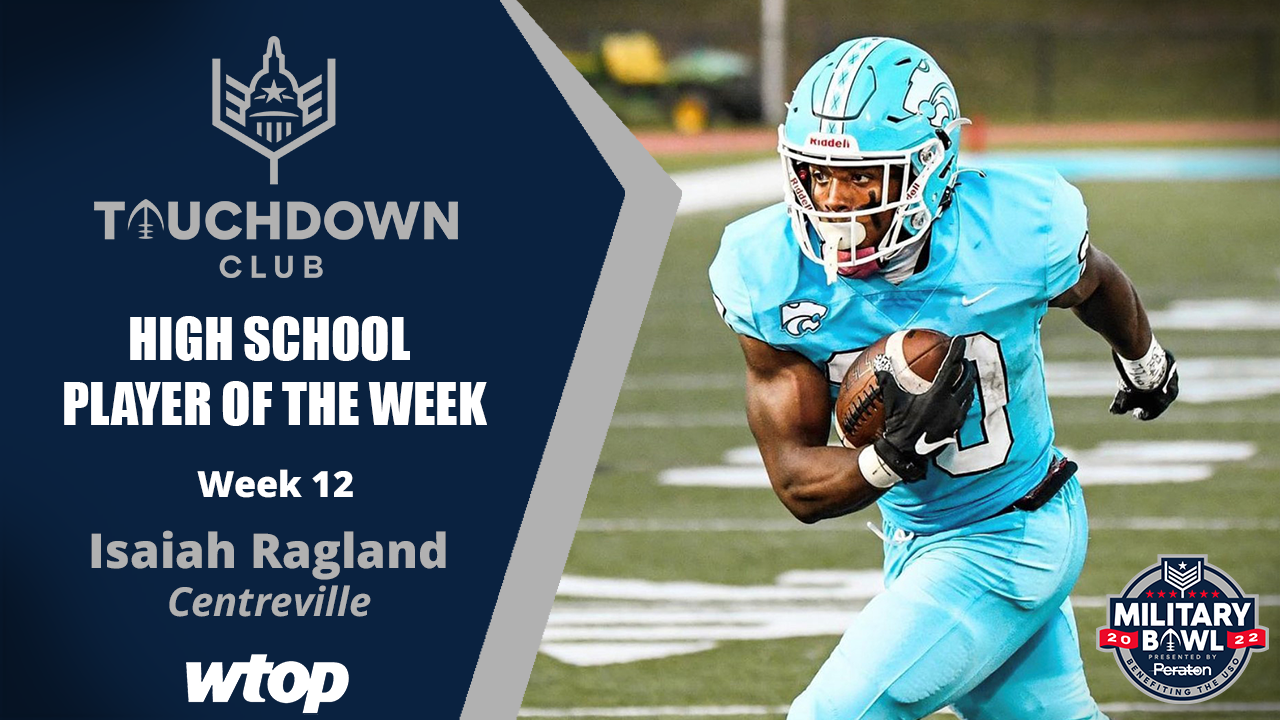 As he prepared to handle a heavy late-season workload, Isaiah Ragland continually was in the weight room. That dedication helped him add more than 10 pounds of muscle, improving his speed and strength. It also prompted Centreville High football coach Jon Shields to wonder whether the Wildcats’ star running was spending too much time in the weight room.

“Sometimes we have to tell him to calm down – he always wants to work out,” Shields said. “He is a war daddy in the weight room, putting in the extra work and all that stuff. He thinks that is the answer to taking so many hits. But he also needs to be smart.”

So far, so good for Ragland and the Wildcats. He set season-highs with 29 carries for 291 yards and scored four touchdowns as Centreville won its postseason opener, 57-34 over Chantilly this past weekend.

For his efforts, Ragland was named the Military Bowl DC Touchdown Club High School Football Player of the Week.

The pace has picked up in October and November and Ragland has responded. For the season he has rushed for 1,718 yards and 30 touchdowns, getting into the end zone at least once in every game. Ragland was honored as the Concorde District Offensive Player of the Year for the second consecutive season. He has accepted a scholarship offer to play at Villanova.