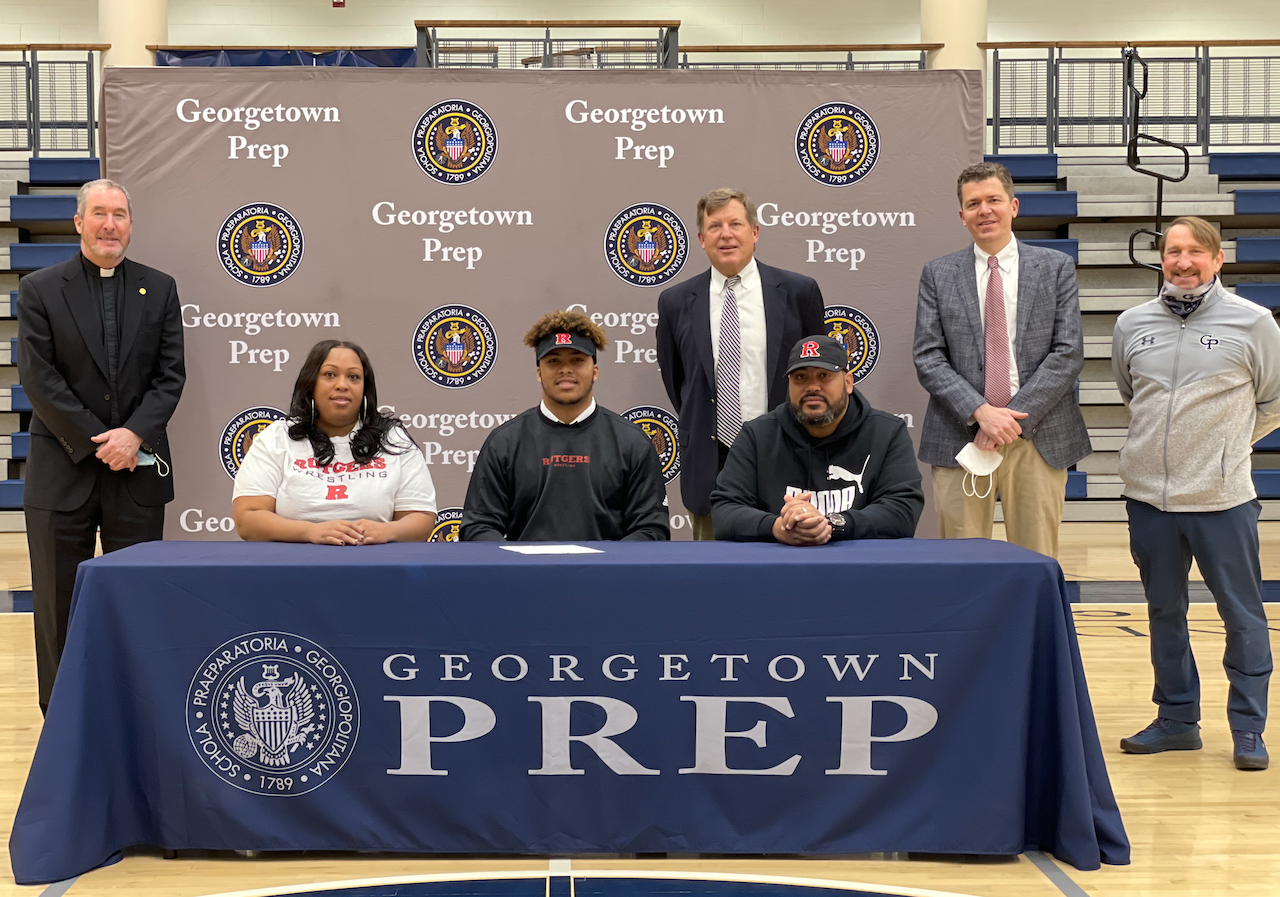 Kyonte Hamilton ’21 signed his collegiate letter of intent on December 16 in the Hanley Center of Athletic Excellence. He will play football and wrestle next year at Rutgers University.

On the gridiron, Hamilton has started on Prep’s defense as a linebacker and on offense at tight end and quarterback. He earned All I.A.C. honors his sophomore season. He suffered an injury in the third game of the year that kept him out most of his junior campaign. Before this season, he was named a team captain.

Hamilton is one of the most decorated wrestlers in Georgetown Prep history. Last season, he won the 2020 National Preps Championship for the 220-pound division at Lehigh University. The national title capped off one of the the best individual seasons in Georgetown Prep wrestling history. Last season, Hamilton won his third individual I.A.C. title. He won the 2019 Beast of the East and Mount Mat Madness titles. In addition, Hamilton won the 2020 Escape the Rock and Maryland State championship. He was named All-Met Wrestler of the Year by The Washington Post.