On Thursday McDonald’s announced that more than 700 girls and boys high school basketball players across the country were nominated for the 44th annual McDonald’s All American Games teams. This year’s nominees are being recognized for the consistent hustle, grind and passion each have brought to the game of basketball over the course of their high school careers.

The final team roster of 48 players will be named later this month. But, much like the senior year seasons of these athletes, commemorating these players will look different this year due to COVID-19. McDonald’s made the difficult decision to forego in-person games after consulting with health and safety experts and will honor the 2021 class through a virtual celebration. This decision was made in the interest of protecting the health and safety of student athletes, their families and event staff.

“Even during an unprecedented year, we were so impressed seeing high school athletes continuing to celebrate the game we all love, while making an impact both on and off the court,” said Joe Wootten, McDonald’s All American Games Selection Committee Chairman. “Recognizing that many of these student-athletes had their senior seasons altered or shortened, we wanted to honor them for their skill and dedication to the game of basketball. While we’re disappointed, we can’t hold an in-person games this year, that does not take away from the accomplishments of this class and they will forever be a part of the legendary group of past and present McDonald’s All Americans.”

A complete list of 2021 McDonald’s All American Games Nominees is available at mcdaag.com. The nominations for the East are below for the boys and girls. 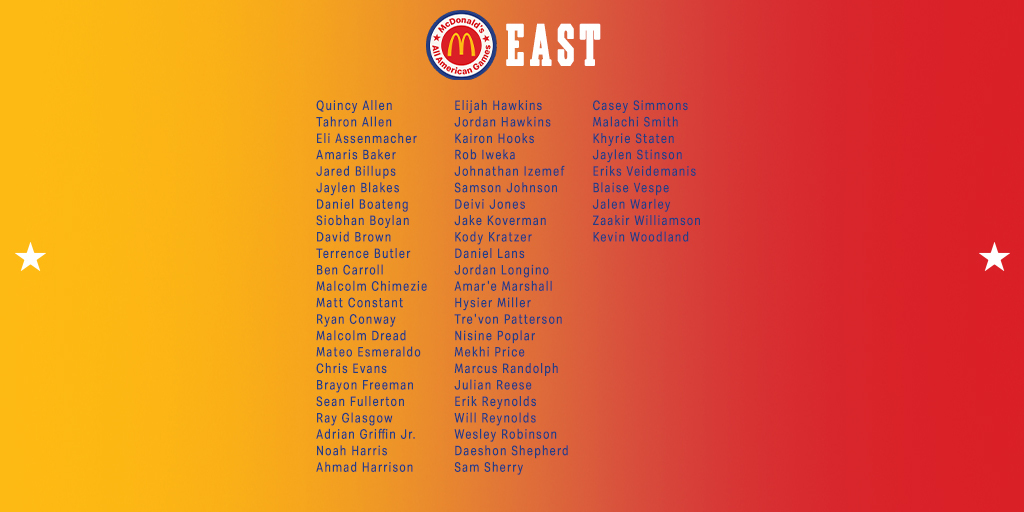 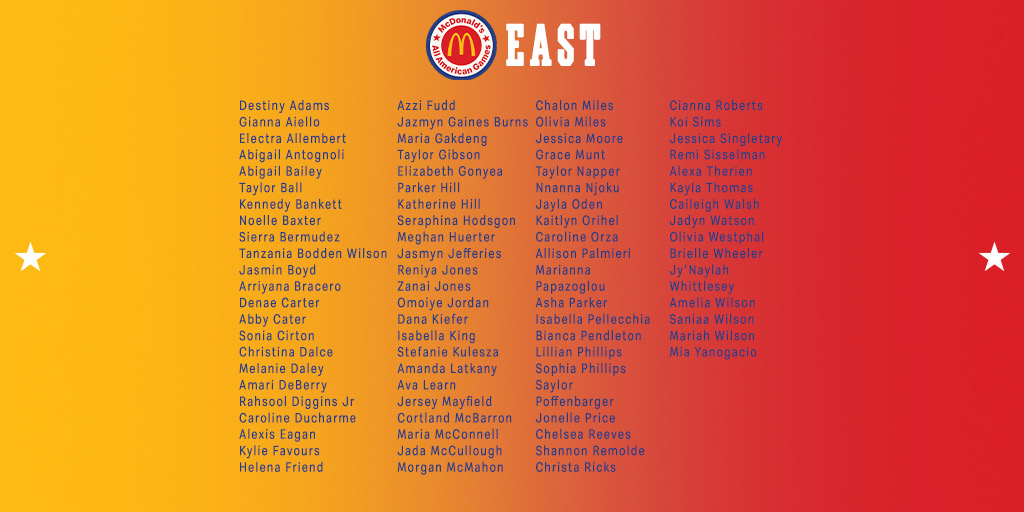